A novel investigational agent known as RGLS4326 may revolutionise the treatment of polycystic kidney disease by addressing a key genetic defect associated with disease progression.

Polycystic kidney disease
Autosomal polycystic kidney disease (ADPKD) is caused by mutations in either the PKD1 or PKD2 genes that interfere with the production and function of two proteins known as polycystin-1 and polycystin-2. ADPKD causes both kidneys to enlarge over time due to the formation of numerous fluid-filled cysts. As the cysts begin to colonise the kidneys, these organs not only get bigger but also work less efficiently until they reach a point where they cease to function. When this happens, patients must be placed on renal replacement therapy (dialysis or transplantation) to keep them alive.

Approximately 60,000 people in the UK and 7 million people worldwide suffer from ADPKD, with about half of them developing kidney failure by the age of 60. ADPKD accounts for 5% of cases of end-stage kidney disease in the US and 10% in Europe, resulting in massive financial costs to healthcare systems and a drastic loss in quality of life for patients and their families. Despite the large numbers of patients affected by this genetic disease, therapy options are still limited and inadequate.

A key genetic discovery
The discovery that animal models of ADPKD overexpress a specific microRNA (miRNA) known as miRNA-17 led researchers to investigate the potential role that an anti-miRNA-17 oligonucleotide inhibitor (RGLS4326) could have on ADPKD disease progression. This was relevant given that two key targets of miRNA-17 are the PKD1 or PKD2 genes, which encode for two proteins (polycystin-1 and polycystin-2) that are central to ADPKD pathogenesis.

miRNAs bind to complementary sequences of messenger RNA, leading to their degradation and preventing protein synthesis. While miRNAs play an important role in gene expression, their abnormal upregulation may promote the progression of several human diseases by reducing the synthesis of vital proteins.

Preclinical evidence with RGLS4326
RGLS4326 was confirmed to inhibit miRNA-17 function in vitro and to increase the levels of polycystin-1 and polycystin-2 in mouse models by 2-fold and 4-fold, respectively. Pharmacokinetic studies of RGLS4326 in mice showed that this agent was predominantly distributed to the kidneys following subcutaneous injection. By being highly specific to the kidney, RGLS4326 may maximise treatment effects in its intended target site, while minimising exposure and potential toxicity to other tissues and organs where miRNA-17 might play important roles.

In rapidly progressing ADPKD mouse models, RGLS4326 was shown to slow the proliferation of kidney cysts and attenuate disease progression compared with a control oligonucleotide. In an 8-week study of an ADPKD mouse model, RGLS4326 administration stabilised increases in body weight adjusted total kidney volume (bwTKV), while other mice even experienced reductions, indicating disease reversal. In contrast, all mice in the control oligonucleotide group experienced rapid increases in bwTKV. This is of special interest as disease progression can be tracked by bwTKV increase in humans with ADPKD. However encouraging these results are, it is important to remember that studies conducted in mice sometimes produce different results in humans.

Preclinical safety profile of RGLS4326
Given that miRNA-17 inhibition in mice has been shown to reduce various haematopoietic cell populations, it was investigated whether RGLS4326 could overcome this issue due to its preferential distribution to the kidneys. In studies conducted in monkeys, it was demonstrated that subcutaneous administration of RGLS4326 at extremely high doses did not have an effect on different cell populations, including white blood cells, red blood cells and platelets.

In addition, RGLS4326 did not show any signs of kidney toxicity or any detrimental impact on kidney function across different animal studies. These data confirmed that RGLS4326 had a favourable safety profile, in addition to impressive efficacy that supported its investigation in human studies.

Clinical development of RGLS4326
RGLS4326 is currently being investigated in a Phase 1 trial in a small group of patients with ADPKD who have deteriorating kidney function but without kidney failure. The study was designed to evaluate the safety, tolerability, pharmacokinetics and pharmacodynamics of RGLS4326 administered via subcutaneous injection once every 2 weeks.

Results from the first treated patient cohort showed that RGLS4326 administration significantly increased the levels of polycystin-1 and polycystin-2 from baseline by 58% and 38%, respectively, confirming the findings previously observed in animal studies. Given that low levels of polycystin-1 and polycystin-2 correlate with ADPKD severity, these data are encouraging and suggest that RGLS4326 may potentially slow disease progression. Moreover, RGLS4326 was well tolerated, with no serious adverse events observed. 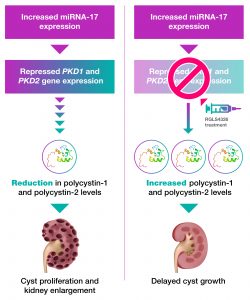 Figure 1. Mechanism of action of RGLS4326 in ADPKD.

These findings demonstrate that RGLS4326 preferentially inhibits miRNA-17 in the kidneys, thereby increasing the translation of vital proteins that play a crucial role in preventing the growth of kidney cysts responsible for the decline in kidney function seen in ADPKD. If it lives up to expectations in larger clinical trials, RGLS4326 will prove itself as a novel disease-modifying drug candidate that will likely transform the future of patients with ADPKD.